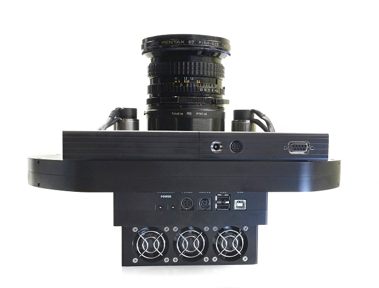 Meteors, especially fireballs and bolides, reveal scientifically valuable information through magnificent light displays. Observation of these naturally occurring physics experiments presents an economical opportunity to study the current state as well as the origin of the Solar system. By analyzing the space rock’s trajectory of its fiery transition through the atmosphere, it is possible to glean insight into its size and composition, trace back its path through the Solar system, and narrow down the impact search area that can lead to recovery of an otherwise difficult to acquire object.

Scientific observations of meteors are carried out using all-sky cameras, instruments that continuously record the night sky aiming to capture a trace of a space object burning up on its final descent. A light chopper inserted between the camera and the lens creates periodic interruptions in the recorded light streak which encode temporal information associated with the spatial and intensity recording of the transient event. An array of such cameras distributed over a wide area increases the visual reach of the instrument but more importantly complements recordings of the same event with information from different angles. By analyzing these correlated spatiotemporal measurements calibrated using the known coordinates of stars also recorded in the images, it is possible to reconstruct very precise three-dimensional geometry of the flight path.

A typical exposure suitable for meteor study is on the order of 30 seconds long. While the duration of the phenomenon of interest is shorter than this by an order of magnitude or more, integration time of a few tens of seconds provides useful calibration data in the form of star locations and reduces the volume of data for processing. Sky background light intensity limits the exposure time on the long end.

The dual independently actuated four-segment disc design with both a shutter and a chopper located inside an envelope with an overall thickness of 1.1″ is compatible with 35mm and medium format SLR camera lenses. The primary performance requirement for this project was .01% stability for occultation rates of 10 and 20 Hertz over a period of 30 seconds. This challenging goal drove the design choices as well as the development of specialized solutions. High-performance coreless brushless DC motors were selected for their smooth, cogless operation. Large moment of inertia of the chopping disc enables individual characterization of the nonlinearities of each motor as well as of its position encoder, this information is used in a calibration that offsets manufacturing imperfections. The central function of maintaining precise control over the rotation of the disc is handled by a control system that operates under substantial motor-load inertia mismatch. A special commutation procedure precisely initializes the absolute position of the incremental position encoders and enables accurate calibration of the algorithms mitigating the system nonlinearities. 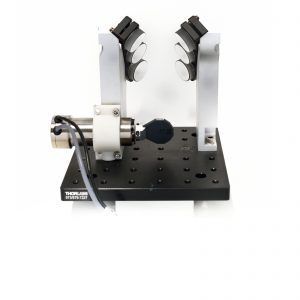